A downloadable game for Windows, macOS, and Linux

Back by popular demand, the legendary video game and first ever interactive movie, starring Jon Pertwee (Doctor Who), Ian Dury (the Godfather of Punk), and Frankie Howerd (comic genius).

Hailed as a breakthrough in the development of video games, Deus Ex Machina won Game Of The Year, and is currently the subject of movies, books, exhibitions and even university courses. This 30th Anniversary Collector's Edition includes the entire original version, a digitally remastered soundtrack, plus a brand new DIRECTOR'S CUT with all-new graphics and Exclusive Director's Commentary.

"Perfection! You've got to play it to believe it." BBC

"An experienced unparalleled by any other game. Deus Ex Machina is a classic." PC World

"The most original concept since the Spectrum was a gleam in Clive Sinclair's eye. The computer equivalent to Pink Floyd's The Wall." Computer & Video Games

"The most unusual program ever released. A bizarre mixture of Aldous Huxley, rock album, psychedelia and the Marx Brothers." The Listener

PC & Linux - buy once to get both formats, in both 32bit and 64bit versions. NB Please note - Mac version is not currently 64bit compatible. We hope to have an update to fix this, but until then we suggest mac users hold off buying.

In order to download this game you must purchase it at or above the minimum price of $5.99 USD. You will get access to the following files: 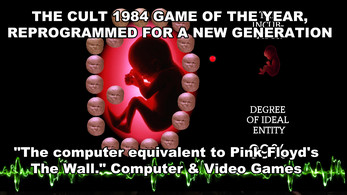 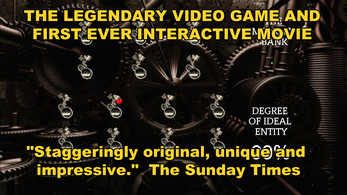 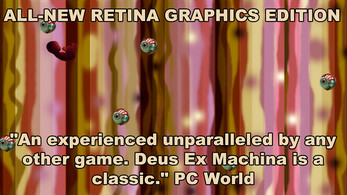 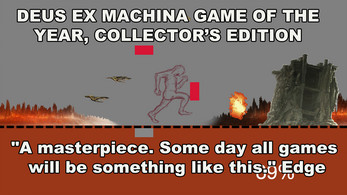